Skip to content
CINCH  - Capture and report on your experiences in a way that simple text just can’t do! 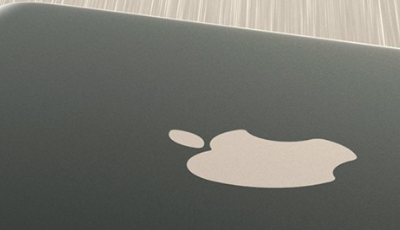 Apple and Google Android are giants techs which are loved by many device users from all over the world. The two have made great improvements on their platforms to enable users get maximum benefits. Mobile device users will be taken to a new level of ‘’ Internet of Things’’. Whether you are an Android or Apple user, you may be interested to know details of this war. We have all the details here. At the end of the discussion, you will be able to know which platform wins the battle.

For many years, the operating system platform has been dominated by Android and Apple(iOS). The two platforms have proved to be the best due to their amazing features.They are simple to use and easy to learn. Users do not require training to use these platforms.

Apple and Google Android platforms are largely available.This is another reason why they are used by many people. The operating systems are available for download on Apple Store and Google Store. In most cases, download is free.

As regards to wars, it is very clear that Google Android has beaten Apple in terms of number of devices sold. Even though both companies have good reputation, reports indicate that Android devices have registered huge sales when compared to their competitor.

This is a clear indicator that Android has bigger market . There are many users of Android devices distributed all over the world. For example Asia, America, Europe, Africa and more. This also explains why the company has continued to be on the lead in terms of number of devices sold.

Google bought Android Inc in 2005.It began to work on improving the operating system of Android devices so that it could effectively compete with Microsoft Windows Mobile and Symbian. Indeed this has come to pass because Android is one of the best OS in the world. It has managed to outshine Microsoft Windows Mobile. The company went further to improve Android OS so that it could beat that of Apple which was already having many users in America after its introduction in 2007. The competition has been very stiff but the fact that the Android users are more than Apple users is a clear sign that the war is successful.

After acquiring Android, Google went further to produce an open source mobile device platform. It was powered by Linux Kernel. Google marketed the platform to handset manufactures and promised to make a better operating system that could be upgraded easily. Indeed this has happened because Android users have the freedom to choose the mobile device they like with generic type operating system. There are no hardware restrictions like Apple. No wonder Android users are more than Apple users.

On the other hand, Apple produced their secret iOS operating system in 2007. This OS was exclusively for its hardware. It was first used in iPhone devices. The operating system is now available for other Apple devices such as iPod and iPad. When this proprietary software was introduced in the market, it affected the number of Android smartphones sold. Sales went down for a while. Perhaps its because users were interested in trying the new platform. Later on, Android sales resumed normalcy as loyal users continued to buy devices compatible with Android operating system.

In terms of usability, Android operating system is more easy to use when compared to Apple. The user interface is much easier to use when installed on any smartphone device. On the other hand, although iOS has many advantages when compared with Android, you may experience some challenges especially if you are a first time user.

In terms of security, Apple platform has proved to be more secure than Google Android platform. Even though Android has security settings which include the use of password and secret patterns, hackers have managed to crack through and access vital information. But with Apple platform, it is never easy for unauthorized person to have access to somebody’s device. This is made possible by user ID identification which makes use of one’s fingerprints. This makes it the most secure platform.

In terms of costs, Android smartphones are more affordable when compared to Apple devices. This buyer-friendly price is what has encouraged high sales. Apple devices are relatively expensive.

In conclusion, the above information contains details on platform wars between Google Android and Apple. It is clear that Google Android has emerged the winner.